Robert is one of California’s premier chefs and food designers. He has been in the Food Service Industry for more than 30 years. Formally educated at the University of Cincinnati, his culinary training comes from the courses of the Culinary Institute of America, New York, New York and Napa, California as well as extensive training throughout the United States, Europe and Japan. Robert serves as the Corporate Chef at Rose and Shore and is an independent consultant for the food industry in Southern California.

Robert is the three-time winner of the U.S. Chef’s Open, a past gold medal member of the US Culinary Olympic Team, and has won many National and International Culinary titles and food design awards. Robert has also represented the United States in the World Cup Ice Sculpting Championships in Asahikawa, Japan, winning a Gold and a Bronze medal. Robert has been featured in many publications, appears on television and radio, and has been a featured chef at the United Nations, the White House, the Kremlin and throughout the world for the California Wine Institute.

Robert has consulted for many national and international food service companies along with the governments of Russia and Senegal. He has an honorary doctorate in the culinary arts as well as being a registered chef with the Academé de France, the Chaines de Rotisseurs and the Research Chefs of America. Robert is a native of Cincinnati, Ohio, USA and resides in Orange County, California, USA along with his wife and daughter. 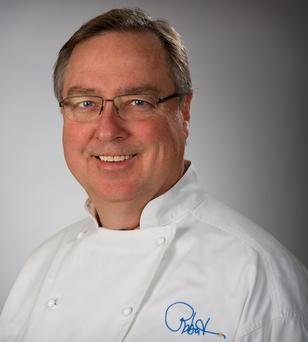 “If you enjoy eating out you have likely experienced some of Robert’s food.”